10/10 because it is one of the most important games ever released. Reading about this in magazines prior to release made it seem like a whole new type of game (which it was, especially for consoles).

Hey what the hell? I've played this one. 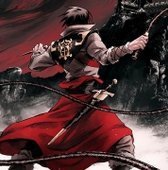 2/10 I remember all of the hype about this game when I had a PS2. It was pretty much the best thing since sliced bread. I played it and found it boring and was not really interested in the open w