Games You Have Beaten Recently? 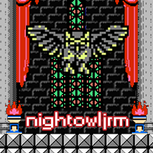 I finished Kid Icarus (NES) for the first time without using turbo-fire. I didn't realize there was a bad ending, though, and Palutena turned me into a farmer. Does anyone know what the in-game criter

I cleared Robocco Wars [Famicom] a few days ago! It's a platformer / shooter hybrid, and I feel like it mixes the genres better than Xexyz [NES]. The shooter sections are the better half, though,