What non-NTSC NES games are worth getting? 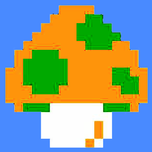 Ufouria. One of my favs, great game!

Well, off the top of my head, here's my immediate list. I'm probably gonna split this into a couple of posts. Gimmick! (or Mr. Gimmick! in Europe). This should be #1 priority for anyone, as it IM

Part 2: Recca - If you're into shooting games, you probably know of Yagawa, most famous for Battle Garegga and how it's a complete oddball in terms of weird underlying mechanics, yet often consid