Anyone else not a fan of Mario Kart? 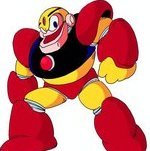 I’m sure I am in the vast minority on this. I see how people can really like the game. And it can be really fun. But here’s the deal breaker for me.....the “rubber band AI”. The game penalizes yo

DKR style would be a great change of pace. Even a return to double dash gameplay would offer some variety.  Mario kart suffers the same as smash for me.  Each one gets better than the last but becomes

They 'aight SMK and 64 were great back in the day.  Each follow-up has gotten progressively less interesting.  They need to shake it up, big time.