This series was a game changer for modern video gaming, there's no way I can't award it a 10/10  When Demon's Souls came out I tried a friend's copy and immediately went to import a copy for myse 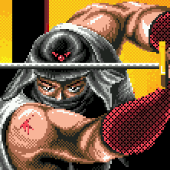 Dark Souls is a masterpiece in my book. The grimdark world, hidden lore, punishing gameplay, multiple paths open to you early on (even though there is the "expected path"), menacing bosses, area desig

Absolute 10. Among my favorite series and I could easily play any of them over and over.  I have the platinum trophy for every game, including all 3 regions for Demons Souls.