Gem Of Your Collection

Took me 2 years to rope one in. Fresh out of the woodwork from a shopping mall in PA that was saved from the dumpster. Kay Bee employee stuck it in parents attic where it sat until a picker finally go

I’ve always been fascinated with unreleased games for the Nes.  All of the unreleased prototypes I own are special to me.  The four pictured are my favorites though.  They are Super Pitfall II, Califo 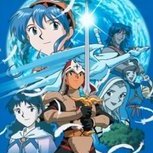 It would have to be this game. When this game came out for sega cd my mom didn’t know what game she wanted to buy me. She told me a few years before she died that she went to 10 different stores until