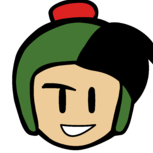 Lots of cool ideas here. Just kind of clarifying that I'm not thinking "what if it had happened back in the day", but I'm trying to gauge interest for possible opportunities for new games. Without say

Half-joking answer would be a new 8-bit Metal Gear. But obviously that's not happening. But uh, random things that come to mind would be The Guardian Legend or Crystalis.