UPDATE:  This list is no longer being worked on. Please refer to the lunk below and use the VGS database. Thank you! https://www.videogamesage.com/databases/retro-video-game-stores/ 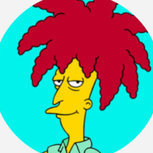 Thanks for salvaging this @Mega Tank and making the most of it!! I hope you're ready for the full-time job that comes with keeping it all up! :):) FYI - Super Game Station moved from Roanoke, VA