Found an old pic of my Gamecube collection before I sold it off... Ouch 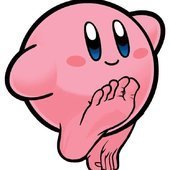 I wish I would have held onto this.

sigh.... I’ve sold a lot over the years but these two collections are especially regrettable

I moved about 3 years ago and sold off my Gamecube collection to help fund it. Going through my phone and I see a bunch of titles I forgot I had... Hypergrind for like $60, Rally Championship for $20,