For Mega Man 2 Players: How do you beat this boss?

Not my video, but this is the exact method I use. It shows how to save your Crash Bombs by using the Item 1 to reach the two beams in the upper left and how to drop down to the one in the upper right

Doesn't sound like a good strategy to me? If you die mid-fight, you can lock yourself out of being able to beat it, because you don't get your ammo back. You'll be stuck farming weapon refills for age 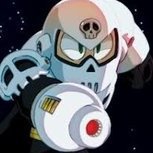 Want to beat it without getting hit? As they begin to flash, keep pressing start. The bullets go right through you.