NEWLY ADDED GAMES AS OF NOVEMBER 16TH 2016 Tingles Rosy Rupeeland Retro Game Challenge This is meant to be a list of hidden DS gems that most people have not heard about, yet are really good.

I highly recommend Henry Hatsworth. Don’t let the fact that it is made by EA put you off. It’s a fun and challenging action adventure puzzle game. 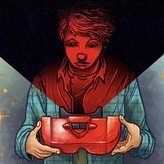 Stop, we're gonna give the guy a seizure!