Been out of the game for a while, Dreamcast and PS1 prices are nuts 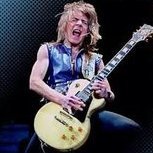 The way I see it personally is either: It'll keep going up and eventually my collection will be worth so much that I'd be stupid to not get rid of it (let's say quadruple it's current value perh

Just be like me and collect Atari where 90% is affordable, 5% is expensive, and the last 5% is near unobtainable

I hardly buy anything anymore, and I'm ok with that.  I have more than enough to keep me busy.  While I'm fortunate enough to be in a position where I don't need to sell my games, I still ask myself i