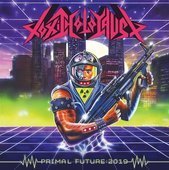 (Spoiler free-ish)   Just beat this game tonight after binging on since Friday night. I can honestly say it blew my expectations.  Characters like Jessie, Biggs, and Wedge were fleshed

Sort of, but not really.  Classic mode.  Basically all characters automatically block and attack by themselves and you just input the commands when your ATB fills up.  It's not the same as the origina

I got the special edition because the regular edition was sold out and it came with the mini soundtrack cd (which is still like a full disc of music.)  So I have been rocking that over the last week,