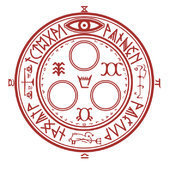 People who now have disposable income grew up with the Gamecube. There's also enough collectors now that games like Rally Championship and Disney Sports Basketball are blowing up.

im pissed about rally Championship i was so close to buying it for like 50 bucks complete a while back, but i said naw i get it later...🙄

Lol, there's not problem profiting from your hobbies. Especially if you roll those profits back into your own collection. But I get it.  I won't shoot off a "let's all speculate and turn this int