Would you rather have a C seal or NS(no seal)? 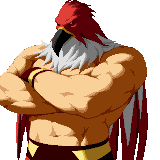 Turning a sealed game into a not sealed game over your personal whim is the textbook definition of sociopathy against history, but I forgive you cretins for making sealed games rarer. ❤️

Sell your sealed copy to someone then buy a no-seal copy and keep the change.

If the plastic wrap is very dirty and obscures the art, it would be reasonable to remove it for display purposes. You may lose some value, but them's the breaks.