Top 100 movies of the decade

By Reed Rothchild
January 3, 2020 in Everything Else 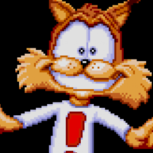 dont be that person. effin annoying. We arent using the Julian calendar or Gregorian calendar as an official decade counter. We are using a symbolic decade. We dont count 1990 as part of the 80s

I came here for movies, I left wondering what the hell is a decade and who's arguing what.

I've seen 4 of these, and have the desire to see a couple more of them. I would highly recommend Baby Driver.   Dumb name, great flick.