Should I buy a Playstation VR or an Oculus Quest 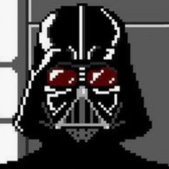 Should I buy a Playstation VR or Oculus Quest

Like all things it depends on the games. I've had PSVR since launch. I don't play it too often, ONLY because I have a toddler and I play at night, so it's hard for me to dampen all my senses if she wa

Did you get the adapter and if so how do you like it?  I haven't used my vive in a long time.  Getting tangled in those wires got annoying after a while.

So what I need is a fully hydraulic VR chair that matches the movements. 😉