Haven’t preordered but will most likely get it.  I’m a sucker for the mini systems and I enjoy them!

I need an I'm on the fence option with this as I really feel that way, and still do about 2018's ATGames Sega Genesis too considering the last one they did was the only one that was done so well it ev 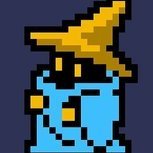 Haven't pre-ordered it, but if I'd get any of the mini consoles it'd be this one. I have no experience with the PCE/TG16 so the mystique is neat