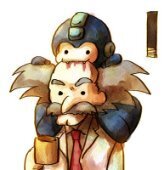 SFC games have like the best Nintendo art of any console and CIB they cost what SNES carts do sometimes. Imagine having this wimpy, black bordered tree stump Compared to the whole ass t

Wait, are you telling me they don't grade everything?

Hopefully it's not coming. It's painful enough watching someone pretend to care about Punch Out. I'm gonna be seeing people talking about how much they love the classic box art of Popeye no Eigo Asobi