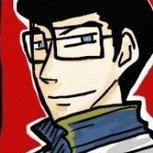 I'd answer your questions, but I'm too angry about how much you paid...

I just bought this thing...has World of Nintendo on it, feels like leather/fake leather and I can't find any info online about it. I'm guessing it was an employee item...but what would they have used

These are pretty nice. I love the embossing.  These were only used by Nintendo employees and industry insiders in the 90s. They come up for sale every now and then.  There is one for each year up