Switch Lite is dead. Seeking hardware expertise to hopefully get it repaired. [It's fixed now!] 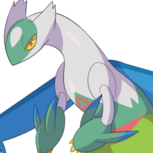 By sceptios
September 19, 2021 in Everything Else

Hey guys, guess what? captmorgandrinker's guess turned out to be correct! I was reading the support link that I posted and noticed that I hadn't tried holding the power button for a full 12 seconds. I

Too lazy to look up if there is a hard reset function but if there is try that. Otherwise my first step would be to pop it open and disconnect and reconnect the battery after about 30 seconds and then