(buyer: venom786) eBay buyer wakes up 45 days after package received and complains about a tiny scuff on the seal 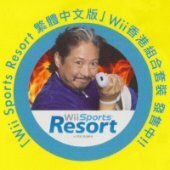 By Tyree_Cooper,
February 14, 2020 in Collector's Questions

I would offer a full refund and asked that he sends the game back in the exact same condition it was shipped in and then just eat the shipping.   A lot of scammers are lazy and won’t go thro

Item paid, sent end December, received early Jan, then 2 days ago seller wants a refund because the item is significantly not as described. he says the inlay paper is extensively stained (lol). g

I told the buyer the problem he showed on the photo was non-existant and out of goodwill I would refund 20$. No answer. So just now I told him that I was willing to do an exceptional goodwill gesture