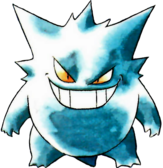 It's been quite the journey to get this far, but one kidney, 3 toes and a testicle later here we are!

Nope. There are 148 of them but 70% of them are fighting games. I do enjoy a good fighting game, but not THAT much

Same here.  I've got 30 legit carts and that 161 multi, and fighting you won't find much on my shelf at all.  There's Garou MOTW, World Heroes, Samurai Shodown 3, and Last Blade - that's it.  The rest