Glad to see one of SGB's lists made it here. He has incredible knowledge. 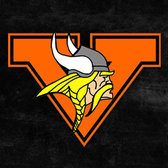 I saved all Supergamboy's guides, so i could provide the information if needed.