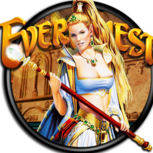 The last week and half has been great for finds! First was the Sega Genesis bundle. Found it on OfferUp Asked if he had more and to bring it to the meetup to see if we could make a deal. Ended up

Hell of a pickup! Nice haul!!