By BirdDogGaming,
February 26, 2020 in Virtual World 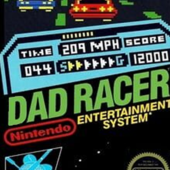 Really enjoy the videos. Thanks for sharing!

Put out a new video covering every game that is still exclusive to the Nintendo 64. I also posted a list here on Video Game Sage if you'd rather just view it that way. You can see that here.

Talking Unpopular Gaming Opinions in episode 7 of The Unlockable Podcast. Check it out here, and thanks for the support!