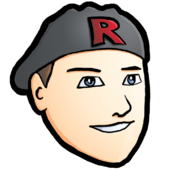 By ryanflucas,
October 23, 2020 in Collector's Questions

I know this game isn't all that valuable normally, but I have a specially marked Limited Edition with official Spy Hunter theme single by the band Saliva on second disc. I'm trying to determine value

It's rare.  I worked at Midway when this game came out.  It was pretty much in office and in the public a pretty huge thing that we got Saliva to do that track for the game.  I'm trying to recall if i