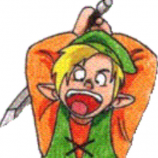 By niner,
June 6 in Selling

Well, I'm selling most of my collection. I haven't done much collecting since 2016 so I figure it's time to help y'all fill out your collections. I'm not a reseller/hoarder so I've only collected

Haven’t even gotten my games yet but this was a really smooth transaction for a bunch of snes games.

Coming back for more!