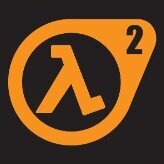 I have a couple of these, but I also have a massive Solstice-specific collection(https://www.facebook.com/StaffOfDemnos/photos/?ref=page_internal). They're fairly rare. The making of video was part

So I have had this making of tape with a poster advertising how to play the tape. I have read they sent this out to the first 5000 people who ordered the NES game. Though if there is supposed to be 50

I wish every question I had in life received such a complete answer. Thank you!