Absolutely they work. I think the misconception about bounties is that if you offer fair market value, suddenly sellers will come out of the woodworks, but that's simply not the case. If a seller want

I’m way too scared to post a bounty. If I get desperate enough to post a WTB, I’m willing to pay a decent % above market rate because it means I can’t the thing I want at all. Even WTBs I don’t post u 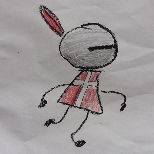 ^Good recent example is DoctorEncore posting a bounty thread for some games I had, but was not planning on selling. The bounty was more than fair, so I messaged him. Sold, shipped delivered. Boun