soundtrack My newest SNES-style album is OUT NOW! 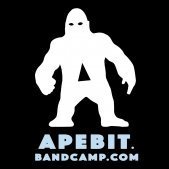 Past and future collide in my newest game soundtrack! Please listen and consider a purchase! Many thanks VGS friends.  p.s. Always looking for collaborations! https://apebit.bandcamp.com/alb

Confidence is key! xD I liked Confederacy of Dunces a lot; I've been playing FF7 on PS1 lately and it kind of reminded me of that style of music especially the Turks and Shinra, like I was able t

I really haven't, but i should try that. With my singer/songwriter music I recorded a more focused album some 10 years ago, But that would be cool to try with this sort of music. I almost would want s