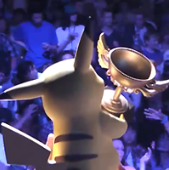 I actually have the inside scoop on that, just please don't tell anyone else: It's a lot.

Can we get Seth his own forum to promote Retro in so I don't have to read five ads for it every time I come here? yeesh.

I'll tell you the pop report I want to see--there back log and a decent estimation of how long your item(s) are in the queue.