By Daniel_Doyce
December 23, 2020 in Guides, Analysis, and Reviews

Hi all, I have posted this on another forum in the past, but the text is completely of my own creation and I retain full ownership. I thought it would be a good idea to publish it here too just i 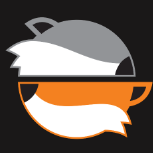 This is the longest thread I've ever seen on a forum anywhere. I have to admire the dedication and Nobunaga-level ambition needed to craft such a massive thread. Obviously as a noob to the board I fou

@tigerwolf Username checks out 😄 Glad you liked it! BTW, the Beat all NES games Contest in the Site Events and Contests subforum has a few Koei games left for this year...