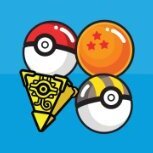 By Coops_Collection
December 7, 2020 in Welcome! Introduce yourself here!