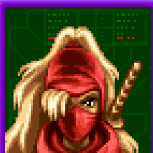 By DaddyMulk
December 5, 2020 in Welcome! Introduce yourself here!

Hi, I've been lurking for a while and wanted to start actually posting sometime soon, so here I am. I've been a gamer for over 40 years and a collector for a good chunk of that period. I play and