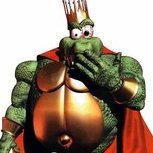 Yep. I hate to say it but it is a reseal.   i know because i bought two zelda games from the same seller that ended up being verified at wata as reseals. They looked really good in pics, but

These are very good reseals, but there are a few clues as to their counterfeit nature. It appears the pressure on his machine was too high and/or imbalanced resulting in: Thin seams Curve

Yep, double-edged.. At the end of the day, if anyone wants to dive deep into sealed collecting, then they have to be meticulous with their research. There is no real substitute for learning and e