By Reed Rothchild
June 25, 2020 in Everything Else

I had to give them a 10 for my 4 years old daughter who absolutely love Gorillaz. It definitely counts as her favorite artist(s) of her little life, as her 4 years old birthday cake can assess :

Their later stuff can be hit or miss but Demon Dayz still rules. 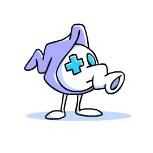