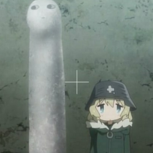 All of the main regions had GBA games with revisions, I haven't had the chance to catalogue the PAL [EUR-1, FRA-1, etc.] or NTSC-J [JPN-1] games (and probably will never get around to a full list), bu