Best Portable Gaming System and Games for a 4-Year Old?

I would say GBA sp because it is small enough that he should be able to play it easily, and it has a built in light. I recommend the AGS101 model with a much brighter and nicer backlight.  It's h 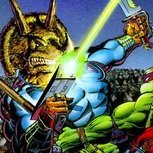 I'd go for the GB BOY Colour. Modern day Chinese bootleg Gameboy Color. Plays all the cartridges a Gameboy Color can with a back lit screen and comes with 66 built in games when you turn it on without

I don't actually own one myself... yet. I've watched a lot of youtube reviews of it tho and they all say it's a quality product.