What are your Coronavirus Lockdown resolutions?

By SilverspoonGaming,
April 5, 2020 in Everything Else 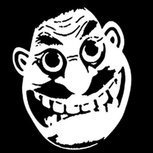 Found the smallest amount of water on the floor of my basement. Turns out, the waste pipe had completely rotted under my garage. So, I rented a jack hammer and removed the whole thing. New PVC is alre

Not to take normal life for granted in the future, mostly.

Mainly keep my job (very fortunate to be working in med-tech right now) and keep my kids alive (not having daycare to rely on is very difficult right now). Also supporting my synagogue with going all