Where do we stand on a database of games? 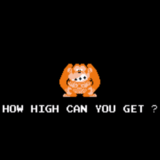 By LucasWeatherby,
April 2, 2020 in Suggestions & Feedback

Just wanted to let you all know I'm currently working on a prototype. I've put some time into it, and the more time I put into it the more features I'd like to add. My goal is to make a self sust

It seems both of you agree with my comments from before about rarity.  I agree completely with the homebrew database idea.  For me personally, I used NA as a one stop shop for managing my da

Hey just reach out to GoCollect Jim or whatever the shit his name was. He was really responsive and will probably just give you a thumb drive with the databases on them! lol