Me and my Kickstarter. ...there will be Tetris 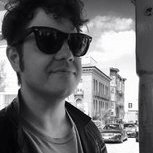 By TotalRadNES,
February 19, 2020 in Welcome! Introduce yourself here!

It took me long enough to get over here. I've been mourning the NA shift, but I'm loving it here at VGS.  Clean and refreshing. So anyways, name is Steve DeLuca and I am TotalRadNES. I created an