Panzer Dragoon Saga has amazing gameplay.. but isn’t the story supposed to be amazing too? 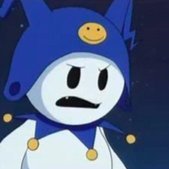 It has been 20+ years so my memory might be hazy I really dug the by the atmosphere and music.  Graphics didn't bother me, the whole Saturn diamond polygons just added to the sense of other-worldly

Yeah, honestly I think RPGs can get boring quickly if they're too long, but dragging an epic story is the one thing length can do for a game. Besides the story, I think being relatively short helps th

How much did you pay for it?  I don't see the price dropping anytime soon, so you can always flip it after you beat it and get your money back.  Just consider it a rental.