Korg Gadget (might be the rarest and most expensive Switch game)

I realize it's gonna be rare, but this feels very Revenge of the Bird King and Poop Slinger-esque. They may have only sold very few copies, but the other printed copies are somewhere and will hit the

I still remember people were paying $100 for Katamari Damacy Reroll on eBay after it sold out at GameStop only for it to get a restock a couple months later. I wonder if any of those buyers requested 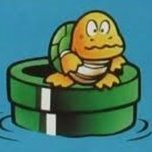 Death squared on switch is very rare, Australian and USA copy. They want for AUS$500 initially. There's a couple of copiess sitting at AUS$400, but there's been a random one sitting at AUS$200 for a w