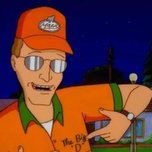 Gamesack has been my favorite for several years now.  I like the quick reviews of multiple games and I like the fact that each episode has a theme to the games.  It's too bad that Dave decided to leav