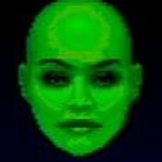 I think it's probably better if I don't know

I don't have my list updated but I definitely sold more games than I bought.  It's been nice clearing the fluff.  The new stuff stands out that much more once it shows up.