You guys put any stock into the "Switch Pro in 2020" rumors?

This is the real question. Obviously it will be 100% compatible with the current library, but will Nintendo allow Switch Pro exclusives? As a gamer, I hope they do. As a consumer, I'm somewhat torn. F

"You guys put any stock into the "Switch Pro in 2020" rumors?" Nah. The Switch is still selling like hotcakes and MS and Sony have new consoles. It would be way too much effort to compete with t 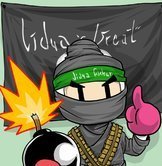 Lets be real here, the wii u was a big risk because of their own incompetence. If the library wasn't made out of shovelware, games like Hashtag Fire Emblem, Paper Mario Color Splash, Game and Warrio,