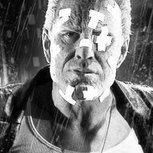 hi guys, Thanks for the love, misses thinks i just have a collection of 'more sh1t' lol Managed to get some official Microsoft branded security box's a while back, put my goodies in there as

Lovin' the pictures guys!! I am past the 600 something mark of the usa fullset of og stuff and was trying to get like 2 games a week but the last couple weeks have been off track from bein' busy. Star