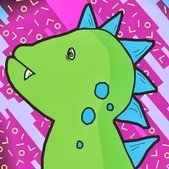 Here's an ad from the Sears "Wishbook" in 1988 saying they are the "National Nintendo Headquarters". '88 is about a year before the WON program officially started.