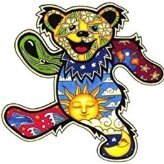 @Dr. Morbis I can never play rush n attack again. No death low score. Fucking melted my brain that week. I got through it but every time I see that game i get that feeling like the first time you get